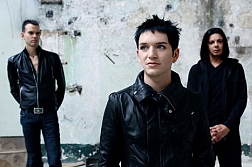 The time has come for the first announcements for the 10th edition of INmusic festival! To all of you with an early bird ticket in your pocket, and to those of you who will be getting your hands on one soon, here are the first festival names for 2015!

INmusic 2015 will be held from June 22nd to the 24th on the Island of Youth at Zagreb's Lake Jarun, while the even bigger and better festival camp site will be located on two adjoining islands in lake Jarun - Tresnjevka Isle and the Univerzijada Isle.

That's right - INmusic will take place on not one, not two, but three islands in 2015! We can't wait to see you there!