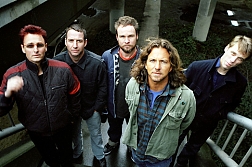 From the four corners of globe, we've spared zilch to bring you the most jaw-dropping three full days of fun Golden Gate Park has ever seen. Men, hold your hats. Ladies, hold your beards because this is San Francisco and we can't even believe the spectacle. More music with a longer Friday, more local restaurants, more wine, more eco-initiatives, and more freaks! Mark your calendar for the 2nd Annual Outside Lands Music & Arts Festival coming from August 28-30th, 2009.

Golden Gate Park is the third most visited park in America, hosting 13 million visitors each year. The Outside Lands Music & Arts Festival will take place at the Polo Fields, Speedway Meadow, and Lindley Meadow (approximate festival grounds outlined in red).

Outside Lands. If we don't have it, you don't want it.

MORE ARTISTS TO BE ANNOUNCED!