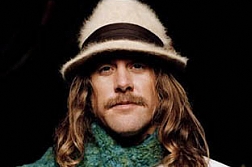 Rock fans based in Salzburg are looking forward to a bunch of great concerts. Once more, the city’s Rockhouse concert hall is the place to be in the coming months as all of the most eagerly awaited gigs are set to take place there. The performance of Donavon Frankenreiter is expected to be a highlight of this summer of live music in the city. The American singer will hit the stage on 29 July.

Frankenreiter succeeded as a professional surfer before he focused on making music. But while his friend Jack Johnson – who chose the same path – stormed the mainstream charts all around the world, Frankenreiter stuck to his roots as an independent musician whose fans prefer independent rock and pop tunes.

Bosse from Braunschweig in Germany will perform in Salzburg on 24 October before Grossstadtgeflüster, another band from the country neighbouring Austria come to the city on 7 November. While the latter are established among the most popular live acts in their homeland and Austria for several years, Bosse’s career has taken off recently.

Grossstadtgeflüster are loved for their powerful love performances of their electronic rock songs such as 2006 hit “Ich muss gar nix”. Bosse’s most recent studio album “Kraniche” was released last March. It reached fourth place in the German charts. However, it was not the first success for the band fronted by Axel Bosse since the record’s successor “Wartesaal” also performed well as far as commercial concerns are regarded. Both albums were well received by critics too.

The performance of another young and creative band from Germany has been confirmed recently as Jupiter Jones are at the ready to rock the city. Their Salzburg-based fans will, however, have to wait until 27 March 2014 – unless they attend one of Jupiter Jones’ many other upcoming concerts in Germany in the next few months. The four-member band will give a concert in Bochum on 13 July. Seven days later, they will perform at the WaterVention festival in Hanover. Another Hanover concert is scheduled for 2 August.

The fan base of Jupiter Jones – who released a self-entitled studio album two years ago – increased immensely in November 2011 when late night legend Harald Schmidt admitted he expected them to be a female singer called Jupiter Jones after the band performed their song “Immerfürimmer” on his show.