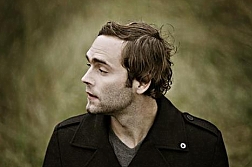 Festivals are in the focus of rock fans this week. However, superb concerts will take place in the coming weeks as well. A good example for great gigs of excellent artists who are not among the big mainstream names is what is set to happen in Graz.

Awolnation, an electronic rock band from the United States, will rock the Styrian city on 13 August.

The highlight of the following month is the performance by Vanilla Sky, a punk rock band from Italian capital Rome (13 September).

Funeral for a Friend, a band from Wales with fans all over the globe, will come to Graz on 17 October to present their new studio album “Conduit”.

ppc Graz will have CocoRosie on stage on 19 September.

On 25 October, Bosse will give a concert in Graz. The singer’s most recent album “Kraniche” reached fourth place in the German charts earlier this year.