BRUCE SPRINGSTEEN rock into Europe with concerts and festival appearances in 2013. - britishrock.cc 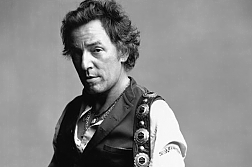 Bruce Springsteen & The E Street Band announce 17 additional dates in Europe for the 2013 leg of the Wrecking Ball World Tour! In addition, Bruce & The E Street Band’s headlining performance at Rock In Rio 2013 has already been announced and other tour dates will be announced shortly.

To date, the Wrecking Ball World Tour has stopped in 17 countries for over 80 shows including several of the longest performances of Springsteen’s career, earning him and the band universal acclaim, so don’t miss your chance to see Bruce & The E Street Band in 2013!

An Freunde weiterempfehlen
Nachricht an britishrock.cc
"BRUCE SPRINGSTEEN rock into Europe with concerts and festival appearances in 2013. - britishrock.cc"