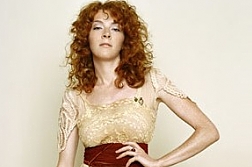 Melissa Auf der Maur will perform in Vienna later this year. The Canadian virtuoso – who sings and plays both guitar and bass – was set to rock the Szene on 1 December.

The former Hole member’s eponymous solo debut album, which was released in 2004, received critical acclaim. Her follow-up, called "Out Of Our Minds", came out earlier this year.