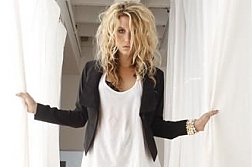 American pop sensation Kesha is set to hit the stage at a top Styrian ski resort this winter. The chart-topping singer will perform in Schladming – one of the most popular winter sporting destinations in the Austrian Alps – on 4 December to officially kickoff the season.

Schladming tourism bosses have said US pop band One Republic will also perform that day.

The announcements come just one day after a posh Tyrolean winter sport resort announced they had signed indie rock stars Gossip for their season opening bash.

Meanwhile US R&B star Kelis will come to Vienna on 20 October before American singer Adam Lambert performs in the city on 22 November.

Also announced Brazilian metal icons Soulfly will give a concert in Vienna on 4 November before rocking Linz five days later.